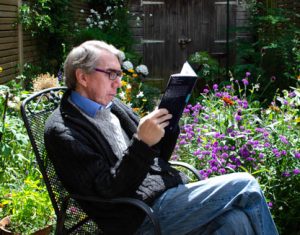 Talking about the pandemic

One of the concerns that has animated healthcare reform is an interest in closing the gap between ‘experts’ and the public. The Covid-19 pandemic may have provided some clues to thinking about this. The pandemic has made debates about medicine and healthcare mainstream. For months it has been difficult to turn on the radio without hearing discussion about vectors, ventilators or vaccines. A mini-industry of silver lining hunting has sprung up: clearer birdsong, cleaner air, the spur to digital health. Perhaps we should add greater public engagement with, and literacy about, healthcare to this list?

But, of course, the picture is complicated. There has also been much misinformation and confusion. The confuser-in-chief has been taking and pushing unproven treatments and speculating about disinfectant injections. There are now coronavirus deniers to add to the climate change deniers. And beyond the plainly dangerous voices there is, as always, more or less unsound superstition and speculation in circulation.

Nonetheless it is heartening to see how much accessible and thoughtful discussion there has been in the UK. For example, there has been a lot of talk about ‘following the science’ which has become increasingly sophisticated and has helped illustrate the limits of contrasting ‘expertise’ with ‘opinion’:

Scientists and medical professionals line up beside the politicians to offer their analysis and recommendations.

We are repeatedly told that science evolves and is contested – ‘the science’ is not something fixed but is a process.

This process is made regularly manifest as a range of researchers line up to offer different readings of the same phenomena. As Professor Ottoline Leyser, the CEO of UK Research and Innovation noted, anyone who has been paying attention will have learned a lot about how science proceeds.

What they will have learned, in a nutshell, is that ‘evidence’ is only one of the supports that holds up knowledge. Evidence is crucial but only as part of a compound that includes interpretation, disagreement and debate, including the willingness to share our reasoning and judgement and hold it open to critical scrutiny. Transparency is doubly valuable here – it does not just keep the public informed but it enables forms of public discussion that strengthen scrutiny and rigour.

What is the recipe for healthcare?

Reforming healthcare is quite different from responding to a pandemic but it raises the same kinds of large scale, contested and complex policy questions. Rethinking medicine is about the recipe of healthcare – what kinds of things should doctors and other health professionals tackle, and how should they tackle them? Some of this will not be up for much discussion – for condition x best practice is to prescribe y or z. But there are nonetheless still fundamentally important debates to be had.

For example, as David Haslam asked in a recent blog, how far is it appropriate or feasible for the health service to tackle loneliness and, if so, to what extent could drugs be a sensible answer? Here it seems that most people would prefer to see social responses, perhaps even including some form of social prescribing.

The questions raised by this example can be extended: Where might medicine have exceeded its boundaries? Where might it have insufficiently broadened its remit? Where else might social prescribing have some role to play? More generally, and sticking to ‘clinical problems’ in a less contentious sense, how should any kind of prescribing be done in a way that is genuinely responsive and supportive to people? Can and should shared decision-making be made a routine part of practice and, if so, can a similar spirit of co-production be incorporated into healthcare more broadly?

To answer any of these questions, and the countless others like them, we have to look beyond evidence. Once again, evidence is crucial. In each case we need to be able to make informed judgements about the likely effects of a course of action. Can this intervention achieve what is intended and what are the side-effects? But even the best answers to these causal questions will only ever inform, but never can provide, the answers to the practical questions we face. These depend upon broader intellectual and social processes – processes within science and those at or beyond the boundaries of science – and debates about purposes and priorities – what is healthcare for and what kind of society are we trying to contribute towards? If potential reforms are going to meet the ‘translational challenge’- that is to make a practical and meaningful contribution to people’s lives – then these processes should include public discussion and debate.

…what is healthcare for and what kind of society are we trying to contribute towards?

It is possible to tackle these big policy and practice questions in ways that are more or less rigorous and defensible. Broadly the same standards apply as in scientific debate – are we being clear that there are different kinds of evidence and rival interpretations in play, are our lines of reasoning made explicit and so on. With regard to the pandemic something like this has occurred in some sections of the news and broadcast media. In presidential tweets and in some other places in the media what has occurred is nothing at all like this. Assertions are made on no clear basis. And sometimes there are ‘refutations’, but only in the mistaken and empty sense in which a refutation is taken to involve no more than a contradictory assertion.

Moving beyond evidence or opinion

There is a critically important demarcation job to do here. But it is not a demarcation between expert and lay, or between ‘evidence’ and ‘values’ as the respective contributions of professionals and patients are sometimes labelled in shared decision-making. There is always both evidence and values in play in decision-making, however expert or professional it is.

Rather the important demarcation is between conscientiousness and carelessness about rigour, including explicitness about both values and reasoning. This means challenging the idea which is sometimes implicit and sometimes explicit in our practices – for example, in the way scientific journals operate – that our contributions fall into two categories: ‘research evidence’ or ‘opinion’. The former is far too narrow and the latter far too broad, and neither represents the crux of what matters. Building bridges between experts and the public in healthcare involves being ready to invite people into responsibly conducted debates and not merely retreating to offering solid nuggets of truth.

By continuing to use the site, you agree to the use of cookies. more information